January 26
Stand at the Wereldfietsbeurs in Ede. 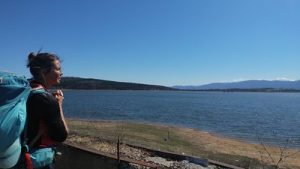 On Friday April 10 at least six hikers will fly into the Bulgarian capital Sofia to start walking from there to the European Cultural Capital Plovdiv, in eight stages from approximately 20 kilometres.

Sofia is already mentioned in the fourth century BC as the living area of the Thracian tribe Serdi, that is why the Romans refer to the area as Serdika a few centuries later. The central square in Sofia is still called Serdika and close to this square we will start our hike at the Büyük (Grand) Mosque. We will arrive in the even more ancient city, 8,000 years old Plovdiv, after over a week of hiking. Plovdiv was the first capital of the Bulgarian empire in the ninth century.

Between these two largest cities in Bulgaria there were ancient trading routes which we will follow roughly passing by the remains of the old resting places, the caravanserais. We will stay in guesthouses, hotels and motels. Your main luggage will be transported from accommodation to accommodation, you will only carry a day-pack.

Bulgaria is the most mountainous destination along the Sultans Trail but this route is known as the lowland route. You will have views of the mountains of Vitosha, Rila and Sredna Gora and walk through their foothills so make sure you have had enough training before you join us.

This trip will definitely take place because we already have the minimum number of hikers (6). There is room for four more hikers. Interested? Send an e-mail to Sultan Trail’s Bulgaria coordinator Arjan Schuiling: arjans@cerberus.nl

Our fourth annual Spring Walk will depart from Apatin in Serbia, the place where we left off last year. We walk through Vojvodina by historical place like Bać and Ilok and through the hills of the Fruska Gora to Novi Sad. From Novi Sad we continue along the Danube to Belgrad, visiting Sremski Karlovci and overlooking the Pannonian planes from the high shores of the Danube.
When you want to join us mail to Ton Roos, ton@sultanstrail.net 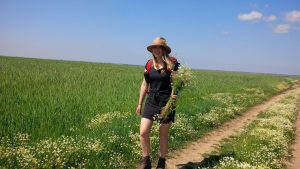